Link to my auctions:

Mold-A-Rama collecting is a lot of fun, but the resources on the Internet are rather sparse.  Many websites that purport to be complete listings are woefully out-of-date.

I will never be able to compile a complete listing of Mold-A-Rama designs, locations or colors.  Nonetheless, I have decided to post parts of my collection to help give a more complete picture of the toys that are available.  More will be posted as I photograph the collection.  Worth noting: there are no Mold-A-Rama machines at Disney World or Disneyland.

DUE TO THE NUMBER OF LISTINGS, I HAVE SPLIT THE PAGE INTO SEPARATE STATES

My home is in the Detroit area, so I regularly keep track of the Henry Ford Museum machines. All other machines are monitored only during rare visits.

Reported August 21, 2020: Although Halloween Horror Nights was canceled for 2020, a HHN “tribute” store has opened at Universal Studios with themed merchandise.  Inside the store is a M-A-R machine renamed as “Franken-Mold.”  It makes a green full-body Frankenstein monster with a cost of $6.  I do not have photos to share, but have seen photos from friends in Florida.

The store is quite busy, and there is typically a 30-45 minute wait to enter in observance of social distancing rules.  There are no other M-A-R machines at the store, and we know of no machines in other sections fo the park.

Harvested April 2013. 8 machines available, cost $2 each as of 2013.  4 have been switched to dinosaur molds during the dinosaur exhibit, which runs through late May 2013.  It is expected the machines will switch back to the molds shown below after the special exhibit has run.  The dinosaur molds have the dinosaur name, but are not marked with the zoo’s name.

The dinosaur molds are stegosaurus, brontosaurus, T-Rex, and pterodactyl.  These temporarily replace the panther, tiger, rhino, and manatee molds.

Of the other 4 molds, 2 have had color changes: koala and elephant.  The monkeys and giraffe molds are the same color as last year. 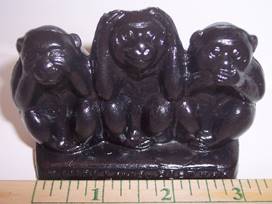 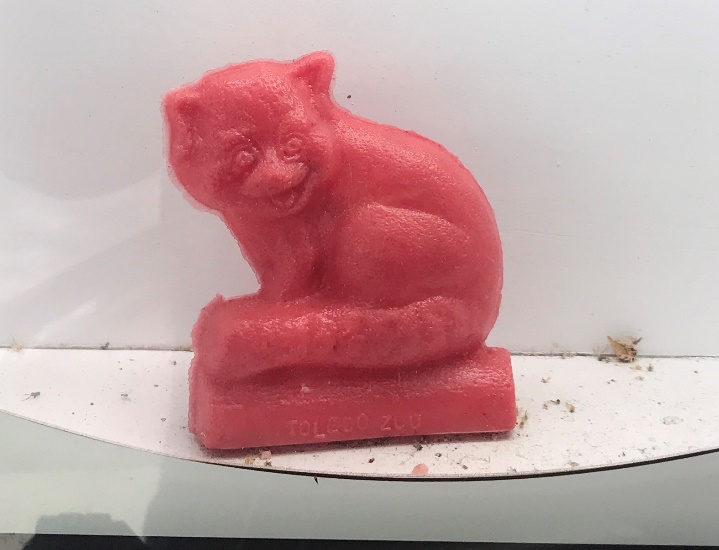 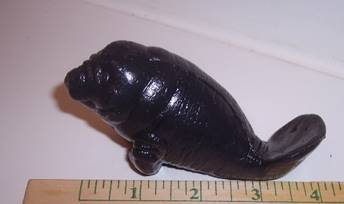 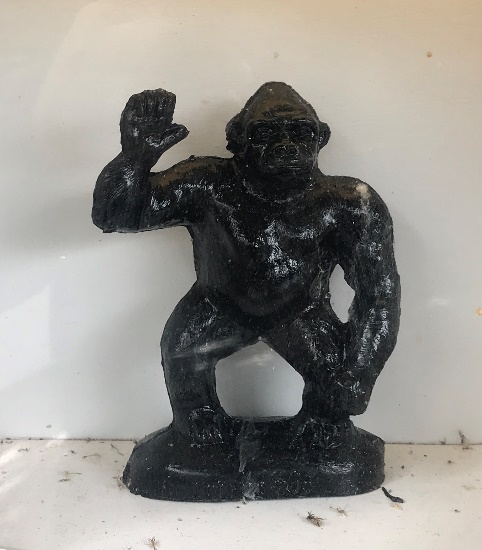 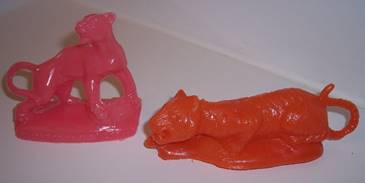 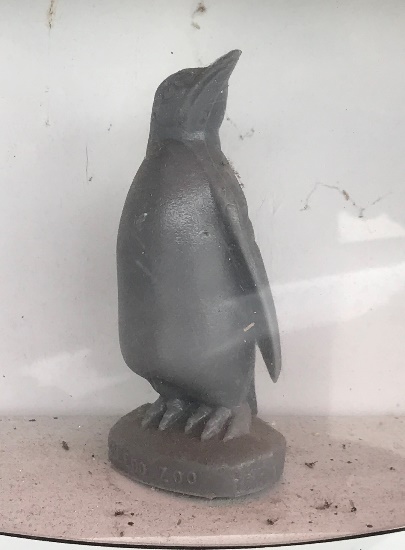 Harvested April 2012 (below).  There are 8 machines available, and the toys cost $2 each.  The black manatee is the same mold as the silver TECO manatee viewing area design.  The machines are located outdoors, except the manatee machine (located under an overhang at the manatee underwater viewing building). 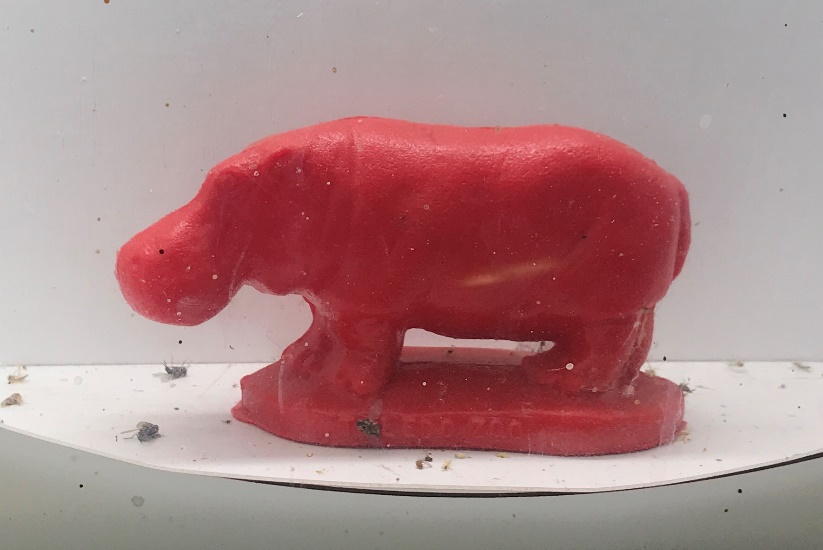 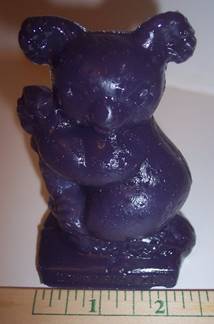 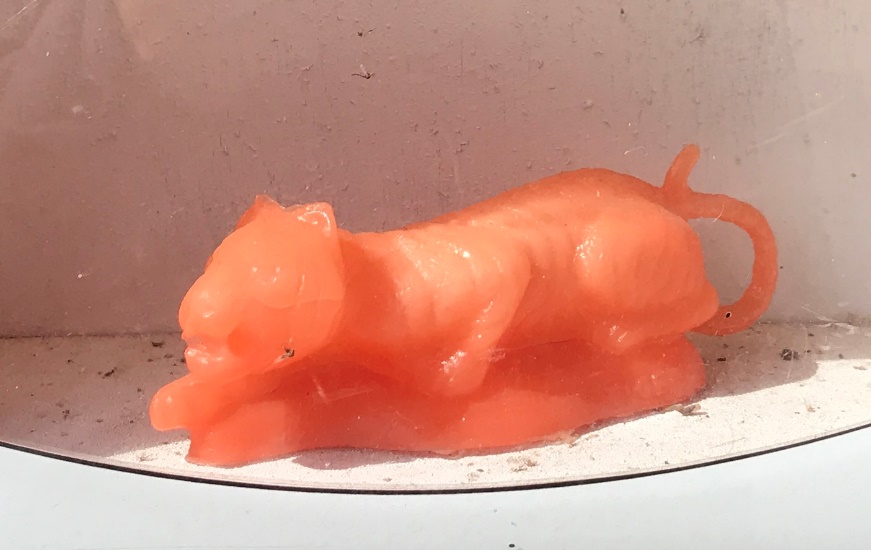 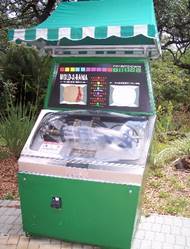 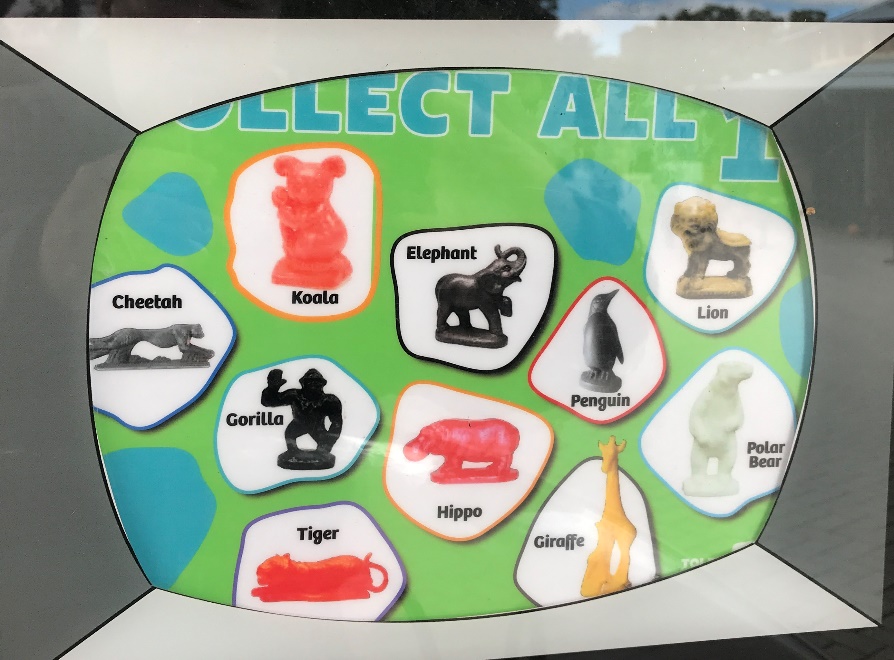 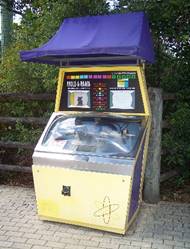 Tampa Electric Company (TECO) manatee viewing area, Apollo Beach, Florida.  Harvested in January 2012.  This facility is open seasonally, and is closed during summer months.  There are two machines on-site; each takes $2 to produce a toy (2012 price). 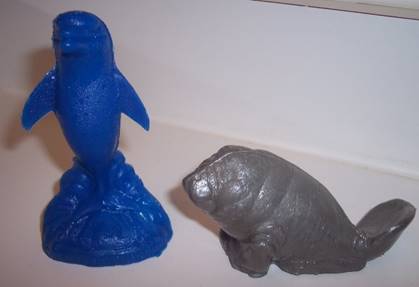 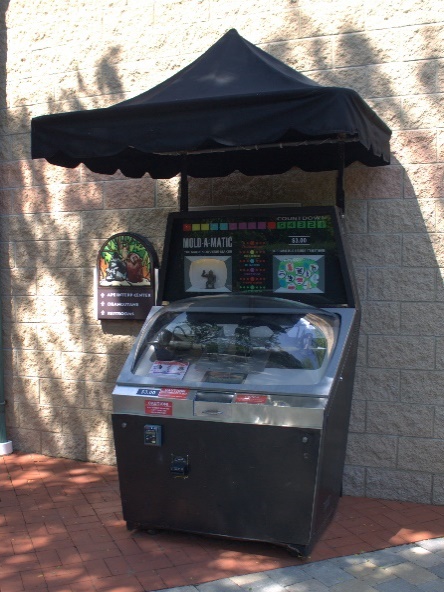 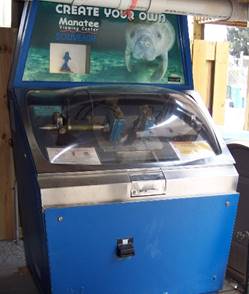 Museum of Science & Industry (MOSI), Tampa, Florida.  One machine (red butterfly) is located on the first floor, beyond the Information desk, near the back door leading to the outside amphitheater area.  There may be other machines in the museum – some listings show 3 machines without revealing their locations.  The butterfly machine can be reached without paying museum admission.  Price of M-A-R: $2.  (info current as of June 2012; probably outdated now) 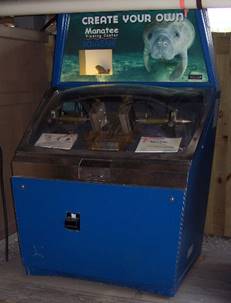 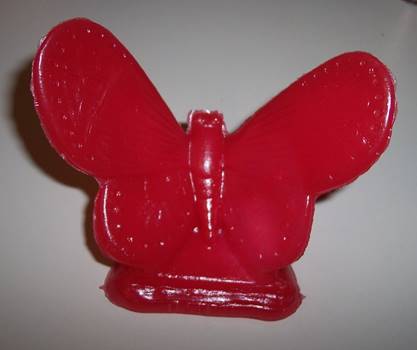 Toledo Zoo, Toledo, Ohio:  Updated info added on 10/3/2019.  The zoo has 10 machines scattered across the property and call their machines “Mold-A-Matic.”  They reportedly substitute some Halloween-themed molds during that season.  When I visited on August 29 and October 3, 2019, they had the following: reddish-pink koala; grey gorilla (toy displayed in the machine is black); yellow mother & baby giraffe; brown elephant; white polar bear; grey penguin; green lion; light blue cougar; orange tiger; and reddish-pink hippo.  All have “TOLEDO ZOO” on the base.  The tiger mold has “TIGER” on the back of the base, and the koala toy has “KOALA” just above the base on the front.  None of the others have the animal name listed on them.

Here is the complete set of 10 toys: 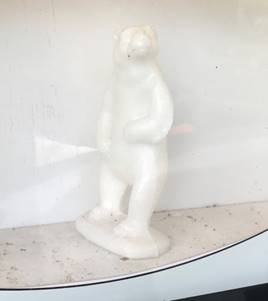 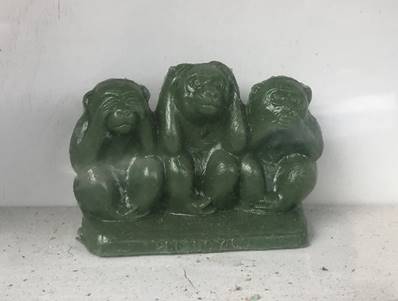 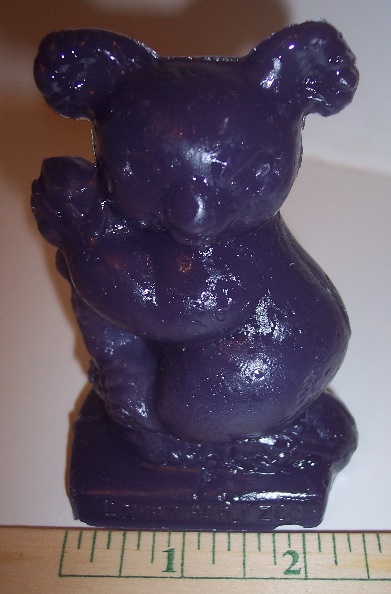 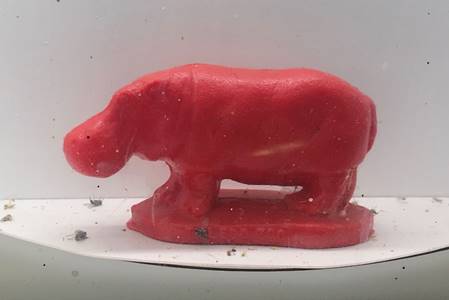 Mickey Mouse – base says “Mickey Mouse,” and back base has copyright info for Walt Disney company.

Origin unknown, but most likely a museum in Chicago or Dearborn.  This appears to be

the same mold in a now-inoperable World’s Fair/Disneyland machine at the Volo Auto Museum in Illinois. 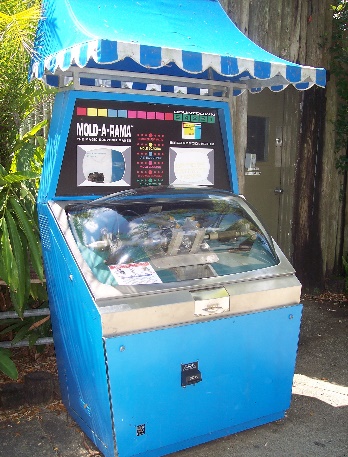 Beige Rex is marked “Tyrannosaurus” on one side, and no markings on other side.  Mold is otherwise identical to yellow Rex.

Blue stegosaurus is marked “Stegosaurus,” but with no origin noted.

red Stegosaurus is old, and is from the Sinclair traveling World’s Fair exhibit – marked “Sinclair Dinoland”

On occasion I will list Mold-a-Rama toys on eBay.  Link to my auctions: