Link to my auctions:

Mold-A-Rama collecting is a lot of fun, but the resources on the Internet are rather sparse.  Many websites that purport to be complete listings are woefully out-of-date.

I will never be able to compile a complete listing of Mold-A-Rama designs, locations or colors.  Nonetheless, I have decided to post parts of my collection to help give a more complete picture of the toys that are available.  More will be posted as I photograph the collection.  Worth noting: there are no Mold-A-Rama machines at Disney World or Disneyland.

DUE TO THE NUMBER OF LISTINGS, I HAVE SPLIT THE PAGE INTO SEPARATE STATES

My home is in the Detroit area, so I regularly keep track of the Henry Ford Museum machines. All other machines are monitored only during rare visits. 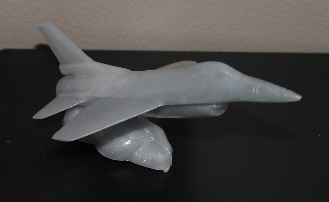 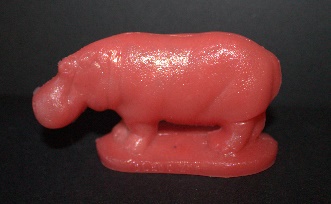 This transportation museum northwest of Chicago has two original World’s Fair/Disneyland machines.  The Mickey Mouse machine is out of order (apparently permanently).  The Goofy machine is still operating, and sells the toys for $5 each.  The underside of the Goofy toy has inscribed in its base “Moldville.com est 2011.”

I visited in August 2018.  According to a video on YouTube, the mold is switched every 6 months or so.  My son visited in January 2019, though, and both machines had the same designs as in August 2018, and both were out of order.

The machines were originally located at the 1964-1965 New York World’s Fair.  They were never at Disneyland, though – the Disneyland name was only used to promote the park at the fair.  The machines also include original painted Marx figures that were used to dress up the display.  Those are not Mold-A-Rama figures.  On occasion they can be found on Ebay.

UPDATE: July 2019: I have received word from a technician who used to service machines at Disneyland Park in California. While these particular machines were not used at the park, he says there were other Mold-A-Rama machines there – he remembers a gold Mickey and a Goofy machine in the building that now serves as Great Moments with Mr. Lincoln in the 1960s.  The machines were blue and the toys cost 25 cents each.  “I also seem to remember we had some in Tomorrowland for a short time. (Remember this was over 50 years ago) I also seem to remember the vending company I worked for had originally bought the machines from the inventor but sold them a year or two later. I also seem to remember there were four machines at Marineland of the Pacific.”  Thanks to James J. for that recollection. 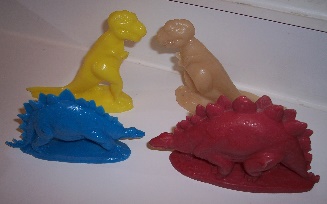 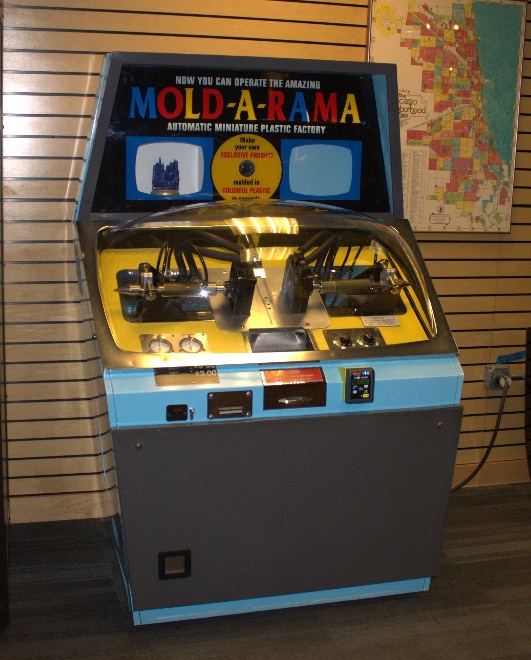 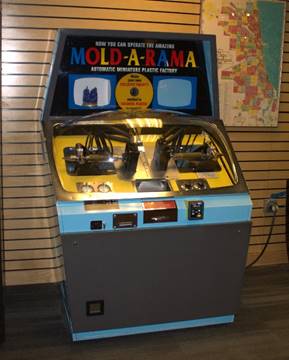 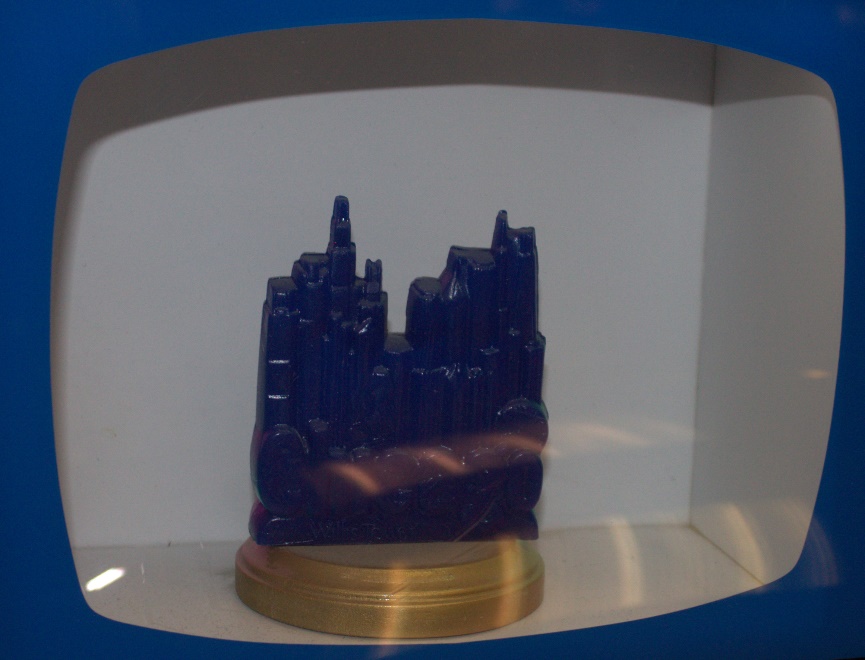 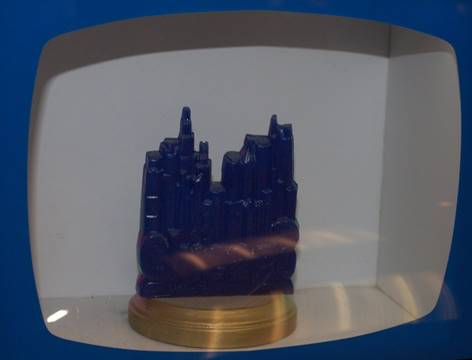 The Mickey mold is broken, so the machine is out of order.

The toy appears to be the same as one I have in my collection from an unknown source,

pictured in the miscellaneous section of the “other states” page.

Harvested April 2014.  4 machines are located on the ground level.  Each costs $2.  The designs are: Tyrannosaurus Rex (red); Apatosaurus (green); Triceratops (light blue); giraffes (orange).  The giraffes were added in late 2013 or early 2014, replacing another dinosaur mold.  The giraffes are advertised as part of a special exhibition (“The Machine Inside”), and changed when that exhibit ran its course.

April 2018 update: The cost is now $3 per mold, and the machines take coins, currency or credit cards. The current designs: red T Rex, medium blue Triceratops, dark green Apatosaurus, and orange elephant. The information desks have a list of locations.

April 27, 2019 update: same 4 designs plus pale yellow or white Stegosaurus.  This may have been available in previous years, but this is the first time I have visually confirmed it. 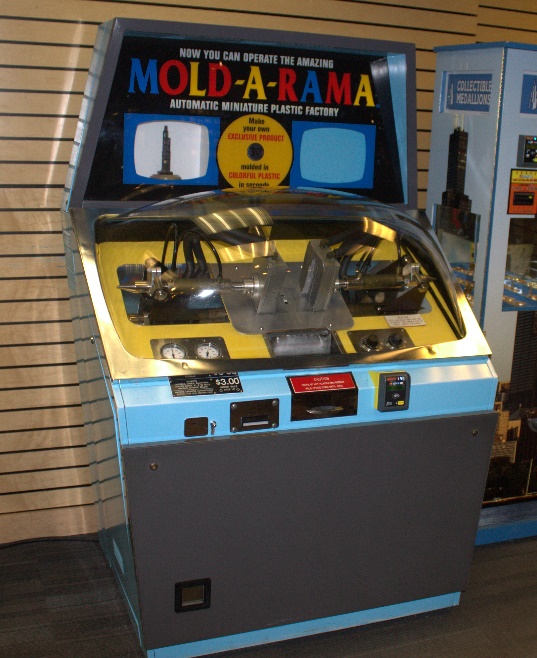 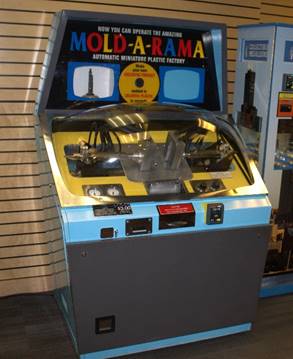 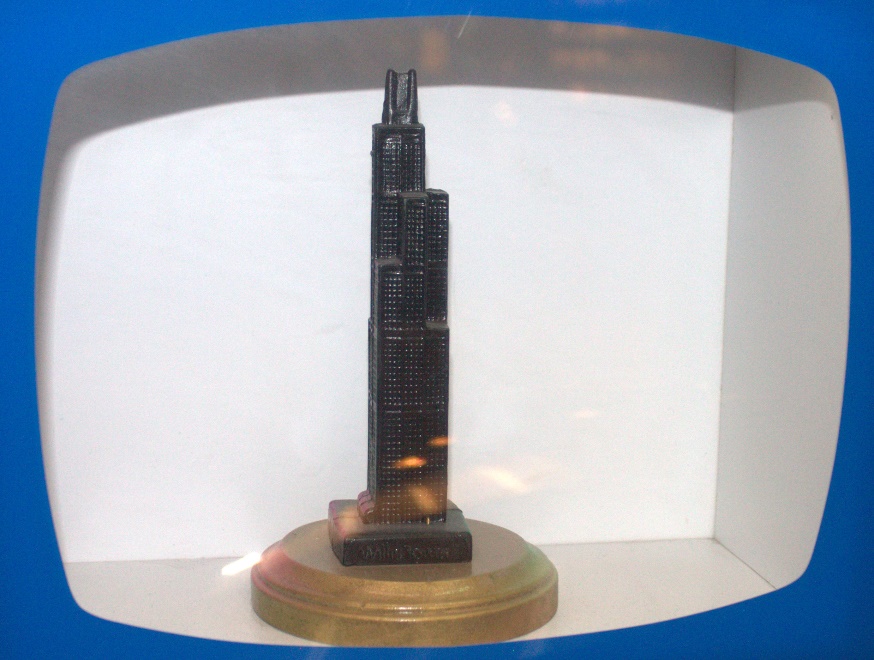 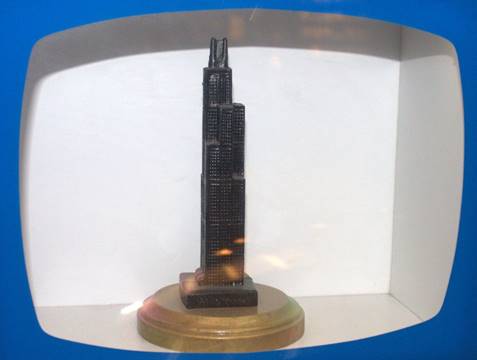 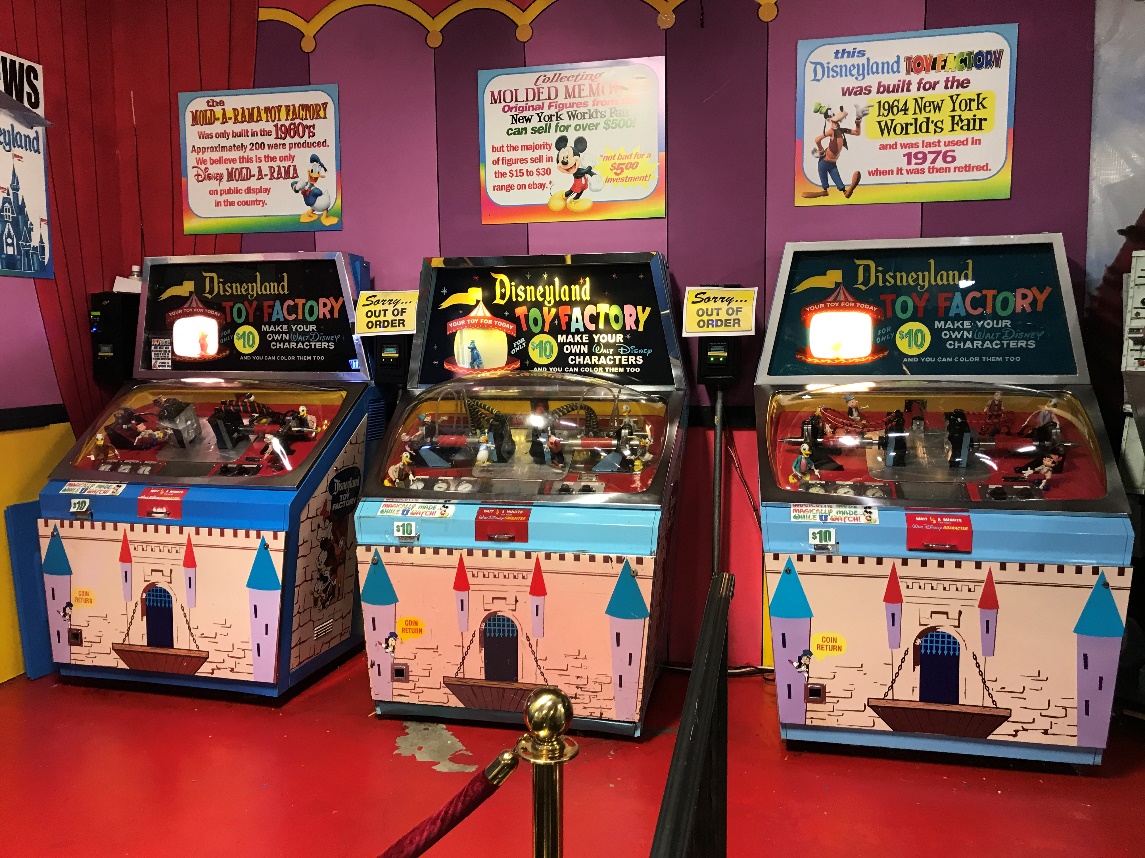 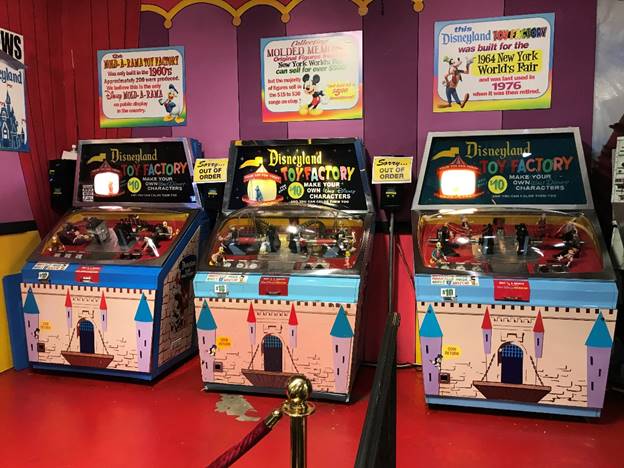 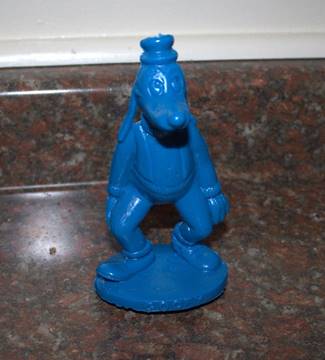 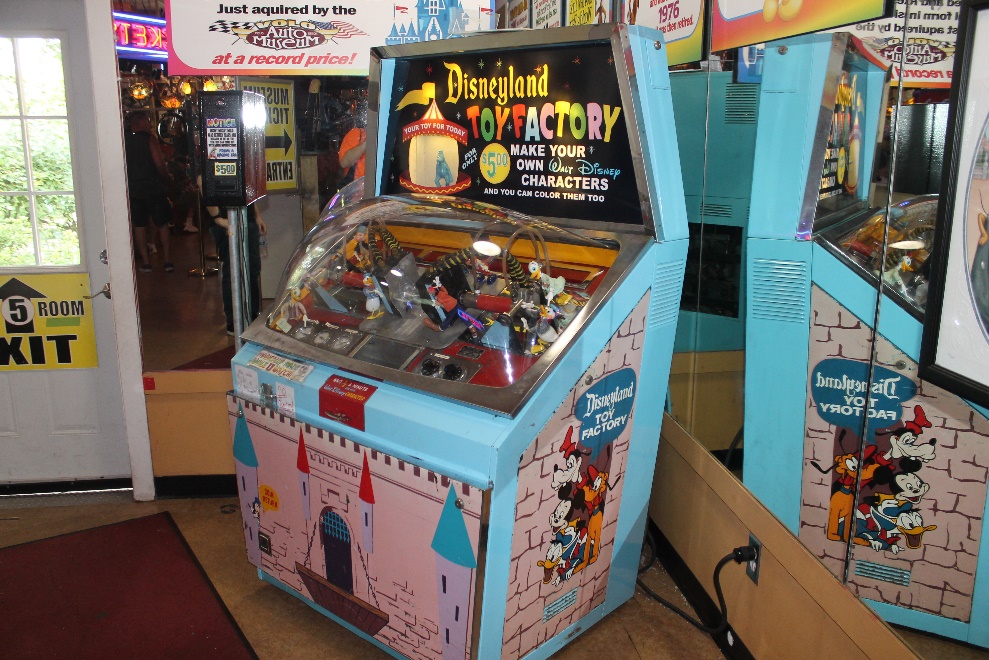 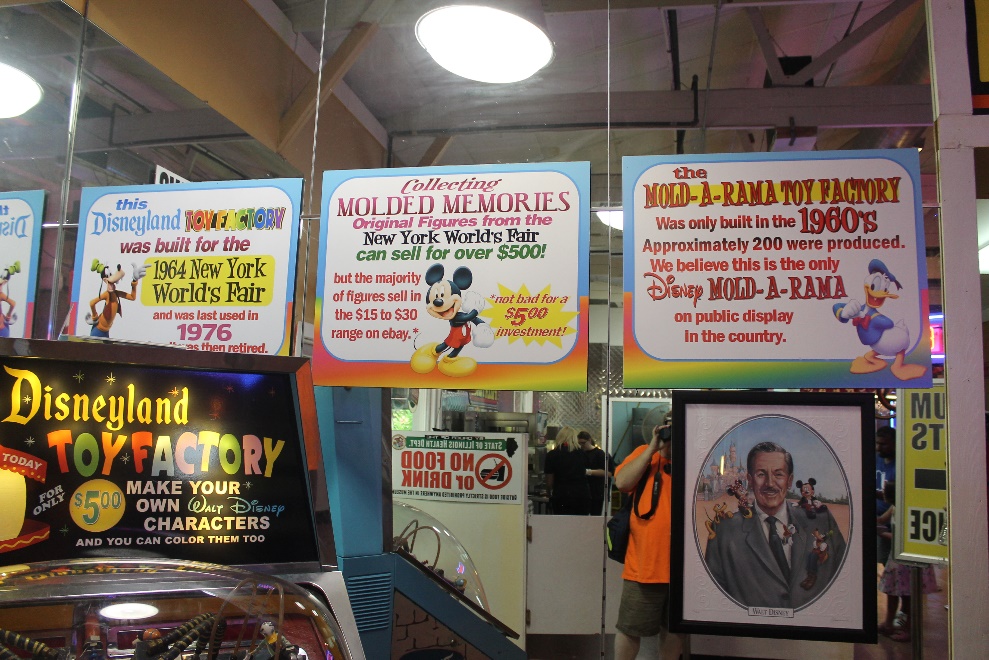 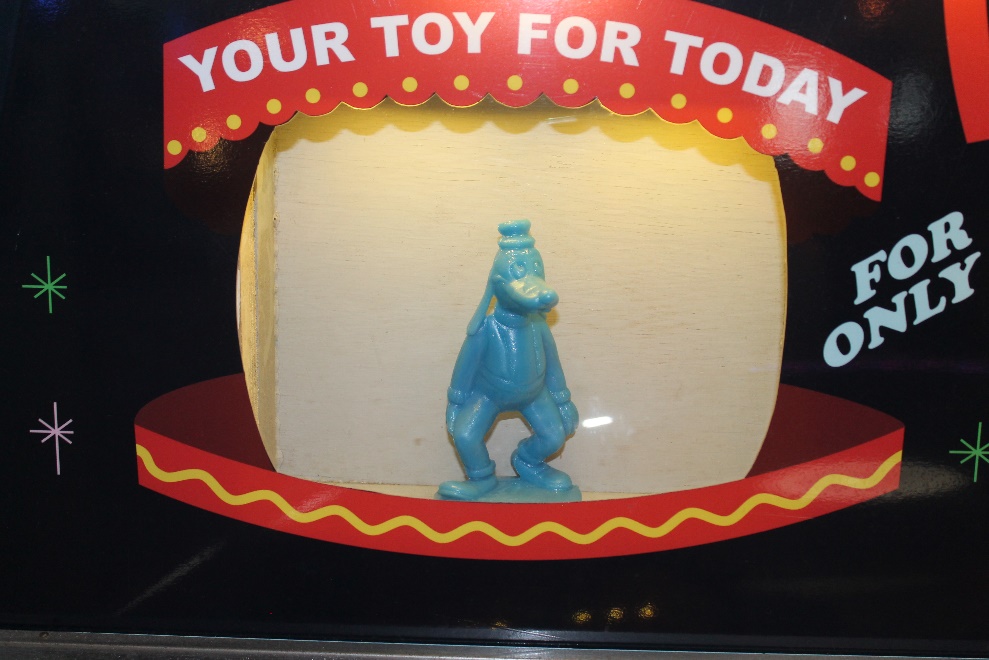 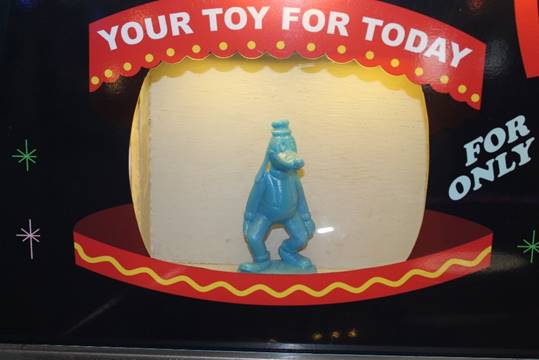 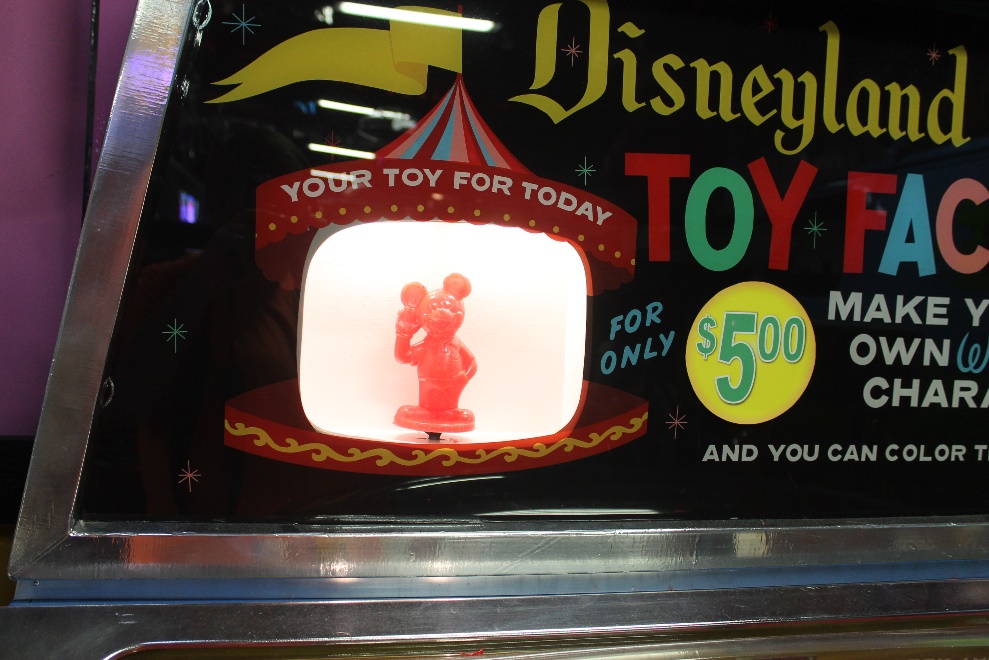 Museum of Science & Industry (MSI), Chicago Illinois.  Early to mid-2000s.  Also see the Abraham Lincoln design shown with the Henry Ford Museum collection.  It has a base (the Henry Ford Museum example does not have a base).  These same designs remained available in November 2013.  Although the museum had a Disney exhibition in 2013, it did not present any Disney-related MARs. 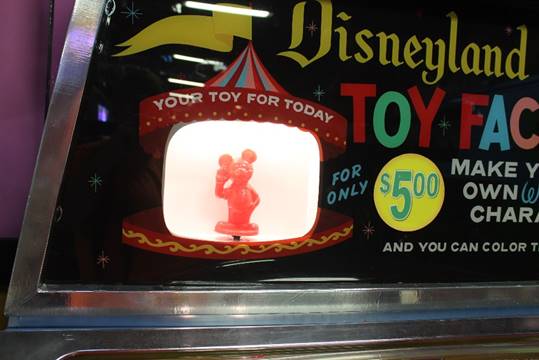 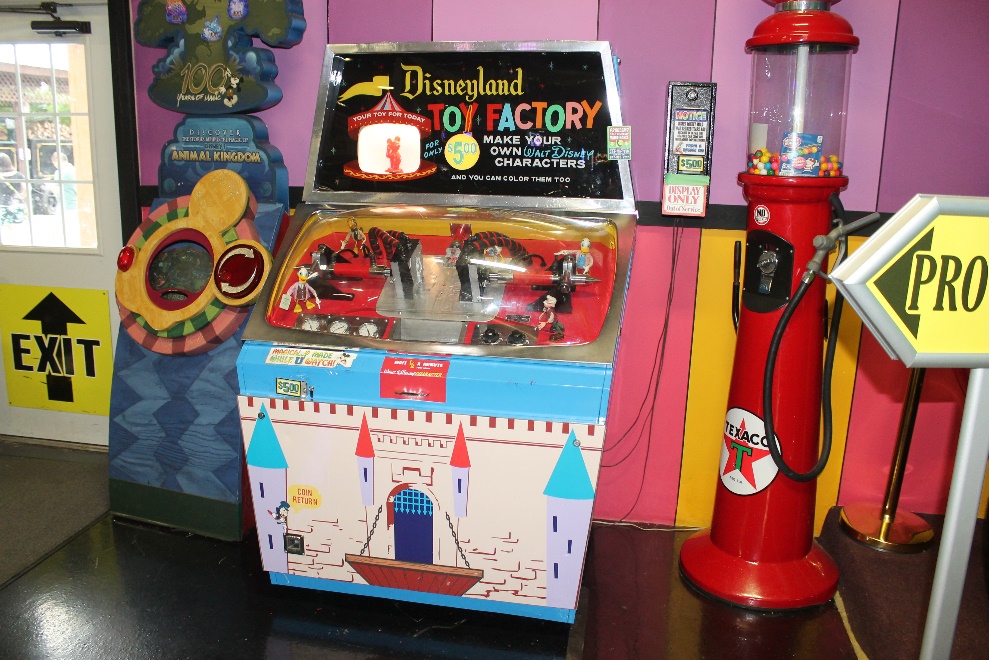 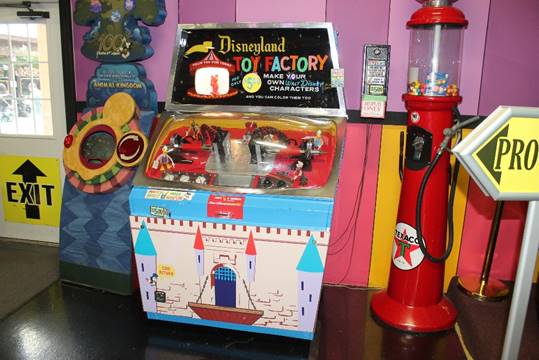 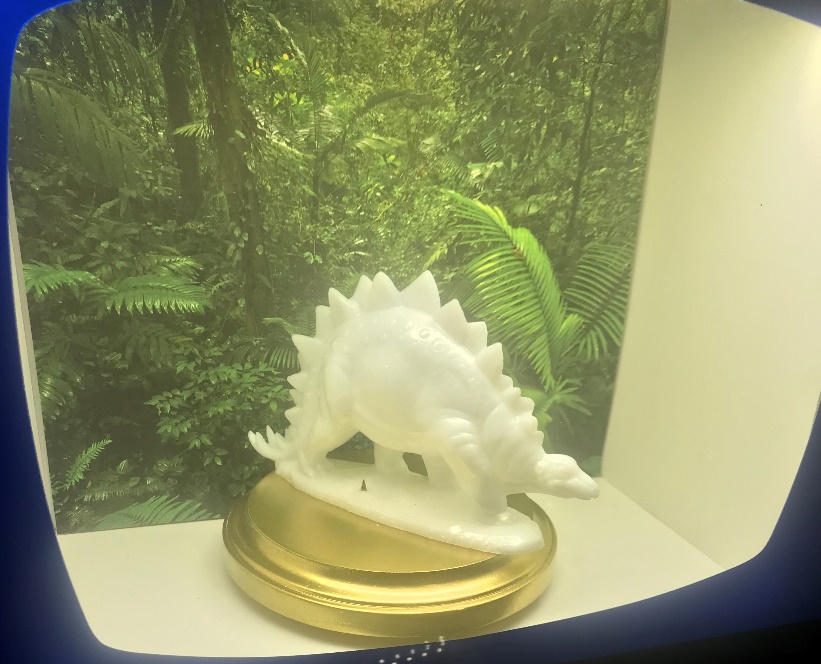 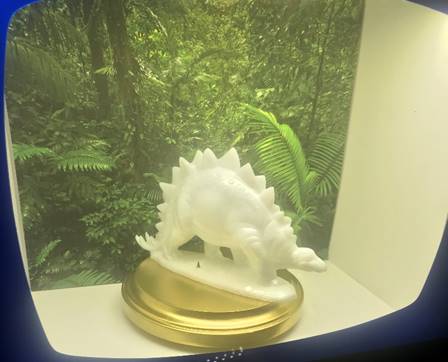 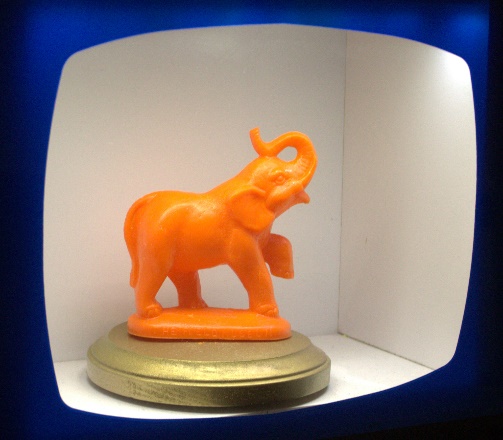 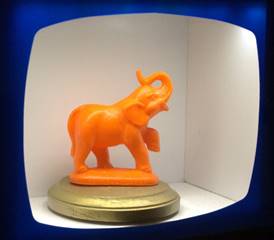 April 2018 update: The price has been raised to $3 per mold. The machines take coins, currency, or credit cards.  Machine locations are shown on the guide map.  I verified the following machines during this visit: locomotive, tractor, U-boat, space shuttle.  I believe the jet fighter is still in place (it is still shown on the guide map). 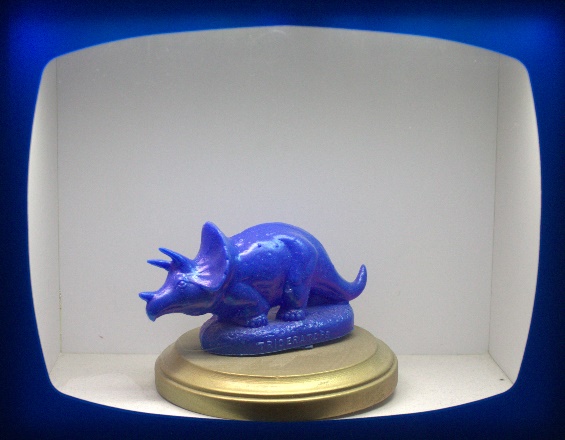 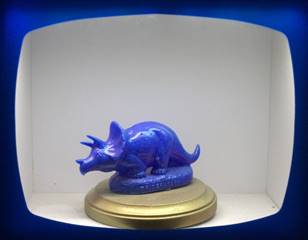 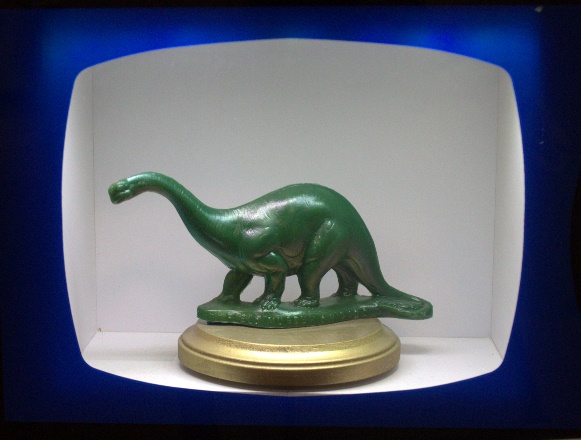 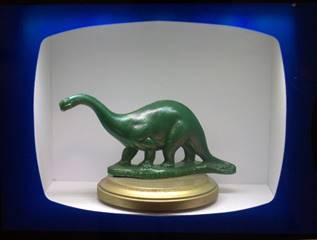 On occasion I will list Mold-a-Rama toys on eBay.  Link to my auctions: